One of the most beautiful islands in Greece

Naxos Island is the largest island in Cyclades Islands and it is one of the most beautiful in Greece. It harmonically combines superb fine sand beaches, with fertile planes and mountainous beauty. It is one of the best destinations that excite visitors with the unique beauty, the variety of the landscape, the numerous historical places to visit, the beautiful walking wander routes, the picturesque villages.

Studios George are located at Saint George Beach Resort, the beach of Naxos Town (Chora). Naxos Town is a fine Cycladic town, with twisting narrow streets and alleys originally intended to confuse invading marauders. The Old Town, up on the hill, is divided into two neighbourhoods: Bourgos where the Greeks lived, and Castle (Kastro) above, residence of the Venetian-Catholic nobility. Most of the Castle's current residents claim descent from the Venetians, and many of their grandparents' tombstones in the 13th-century Catholic Cathedral boast grand titles. The cathedral was founded by Marco Sanudo, whose own palace, can be seen directly across the square. North of the port, a causeway stretches out to the islet of Palatia and the unfinished Temple of Apollo. The Portara (picture), as it is called, is a massive gate on the temple platform, alone gateway to nowhere. The temple was begun by the tyrant Lygdamis, who ruled Naxos from 545 to 524 BC. Sights in Naxos Town include the Venetian Castle in the Old Town and the Archaeological Museum. 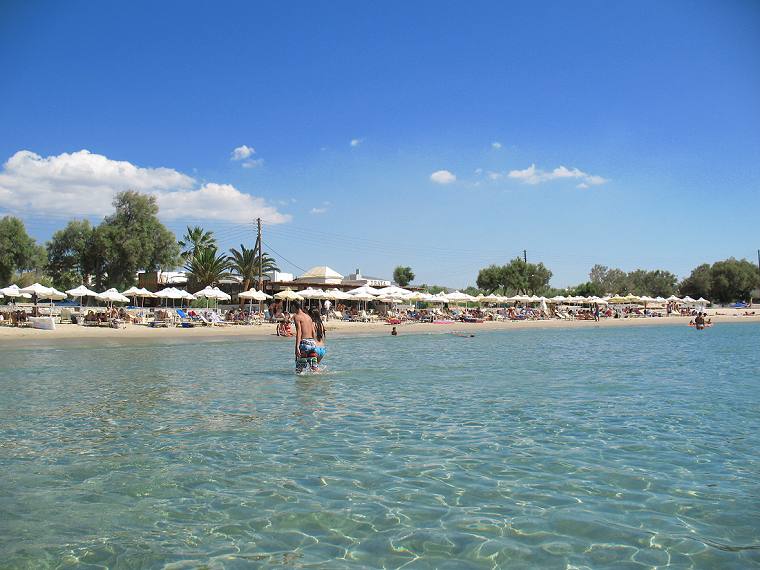 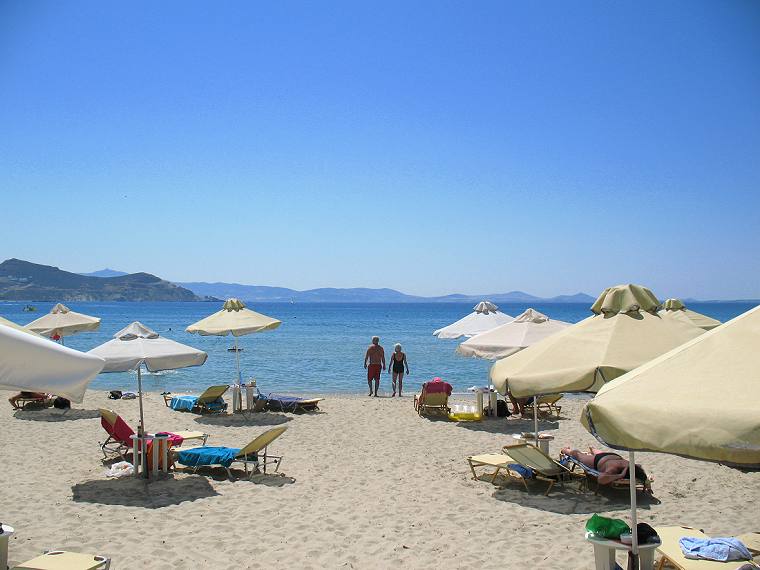 By sea: There are plenty departures arrivals to / from Naxos Island in summer high season from Piraeus (Athens Port) and other ports. Naxos is daily connected to Mykonos (international airport) with HighSpeed. Mykonos - Naxos journey time is 45 minutes. Naxos is also daily connected to Santorini (international airport). Journey time is nearly 2 hours.

By air: Naxos is connected to Athens with Olympic Airways. Journey time from Athens International Airport is only 30 minutes.

Wonderful place steps from the beach and 2 minutes from downtown Naxos. Location couldn't be better. Tony the owner greeted us in a friendly manner and even gave us a bottle of homemade wine upon arrival! Room is very clean with kitchenette, air conditioning and comfortable beds.

A great stay at George studios! We woke up and sauntered to the amazing beach every day for our coffee and breakfast. Close to the old city with restaurants and boutiques, easy to reach from the port of Naxos. Highly recommend!

Tony's place was the perfect beach studio. Everything was extremely clean and each day someone tidied up the room which was helpful with all the sand! Tony was a great host and picked us up from the port in his car and even gave us a bottle of homemade wine from his family.